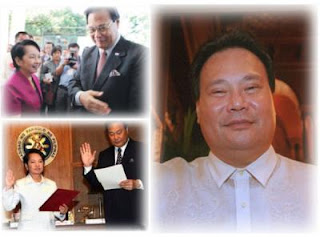 The following are what is expected in the impeachment against Renato Corona that will redound to a fair and just verdict:

1.That the trial will not be against Corona, the person, but Corona, the Supreme Court Chief Justice (SC CJ).

2.As a public official and SC CJ, has Renato Corona been exercising judicial independence in his decisions for the good of the greater number of people or bias for those instrumental in his appointment as CJ?

3.Has Corona been using his influence among former President Gloria Macapagal Arroyo’s (GMA) SC appointees for favorable decisions in cases against her?

4.Has Corona been exercising the highest degree of ethicality in the performance of his job, especially with regards to cases against GMA?

5.Why has there been flip-flopping decisions in final and executory cases?

6.Is Corona working to straighten justice and truth or bending it for expediency and accommodation?

7.How true that Renato Corona has amassed vast wealth in just 9 years?

6.What made Corona issue the “status quo ante” order against the House of Representatives in the case concerning the impeachment of Ombudsman Merceditas Gutierrez?

7.Why has Renato Corona failed to disclose to the public his statement of assets, liabilities and net worth (SALN)?
Posted by Bloggers Party List at 4:34 PM