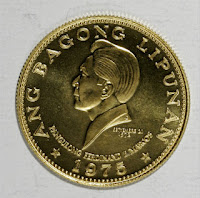 LET ME SHARE TO YOU THE EXCELLENT PLAN OF PRES. MARCOS TO " MAKE THIS NATION GREAT AGAIN.!! "

"This Nation can be great again. This I have said, over and over. This is my Articles of Faith and Divine Providence (Gold reserve) has Willed that You and I can translate this Faith into deeds."

Here is the Factual events in the Line of Historical study as qouted in the Secret documens. .

" Pres. Marcos grand plan is, He wanted to Re-established the former Grandeur of MAHARLIKA and the whole Region of South East Asia Region, the former MALAYAN EMPIRE. .

In June 1983, Marcos appeared before the first world leader in Toronto. He announced his plan to boost economy of the South East Asia Region by ' CREATING ASIAN DOLLAR.' .

The ASIAN DOLLAR, backed up by the 2/3 of all gold in the World that was in the Maharlika, would make the Maharlika money ' MORE VALUABLE AND STRONGER THAN AMERICAN DOLLAR.'

This was his Vision to raise South East Asia to be par with the rest of the first world countries. .

There is a plenty of Solid evidence of a program Marcos worked on with American Pres. Ronald Reagan, which reffered to as ABL or ANG BAGONG LIPUNAN program. . 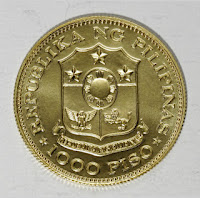 Under this program, some 250 sets of gold, documentation and related ANG BAGONG LIPUNAN CURRENCY were to be shipped to various countries around the world. .

To this day, the 400,000 metric tons of gold are still in the Central Bank in East Avenue, Quezon City.

NO BODY CAN MOVED IT, it because it insured it with the LLOYDS OF LONDON and its agents are guarding it. .

BUT THE PRESENT GOVERNMENT DOES NOT ACKNOWLEDGE ITS EXISTENCE. .

Not only have succeesive governments of the Philippines failed to acknowledge the existence of the gold, they have Conspired to keep this information from being known to the Filipino people. .

WE ASSUME, THIS IS BECAUSE THEY HAVE BEEN WORKING AT FOR WAYS TO CONVERT THE GOLD FOR THEIR OWN SELFISH GAIN. .

PROBABLY, IN CONSPIRACY WITH THE INTERNATIONAL BANKING CARTEL. ."

THE ADMIN DOES NOT WANT YOU TO LIVE IN GRAVE IGNORANCE. .

THE YELLOW PROPAGANDA MAY CONTINUE TO SPREAD OUT TO CONVINCE THE DEPRAVED MIND THAT PRES. MARCOS IS " MAGNANAKAW ". .

THEN, IF THE FILIPINO WILL BELIEVE,

THE TRAPPED OF YELLOW DUNGEON WILL CONTINUE TO DARKEN THE MINDS OF IGNORANT FOR THEIR ADVANTAGE TO REMAIN AND TO MAINTAIN THEIR POWER. . 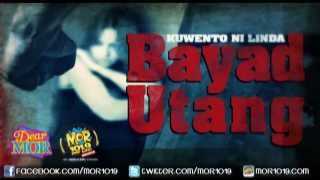 THE YELLOW ENEMY OF PRES. MARCOS MUST CONTINUE TO PERPETRATE PROPAGANDA TO DESTROY HIM. .

BECAUSE, THEY KNOW IF THEY WILL STOP DESTROYING PRES. MARCOS,

THE ENLIGHTENING WILL COME INTO THE MINDS OF FILIPINO. .

IF THAT CASE WILL HAPPEN, THEN THE DECREE OF THE APPOINTED TIME WILL KNOCK AT THE DOOR UNLEASH THE GLOBAL ASSET THAT CAME FROM THE SPRINGS OF GOLD RESERVE. .