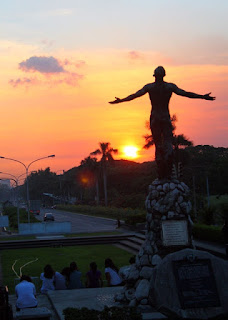 In his Jan. 15 letter, Defense Secretary Delfin Lorenzana told UP President Danilo Concepcion that his office has decided to abrogate the 1989 UP-DND agreement, which he said had been a “hindrance in providing effective security, safety, and welfare of the students, faculty, and employees of UP.”

Sec. Lorenzana added that the Communist Party of the Philippines (CPP) and its armed wing, New People’s Army (NPA), both tagged as terrorist organizations by the Anti-Terrorism Council, have been recruiting students inside the campus.

Sec. Lorenzana said also that the agreement was a "hindrance in providing effective security, safety, and welfare of the students, faculty, and employees of UP."

According to the defense chief, he ended the deal on his "own volition" and not because President Rodrigo Duterte instructed him to.

The defense department said that they find the previous agreement a "hindrance in providing effective security, safety, and welfare of the students, faculty, and employees of the University of the Philippines (UP)." Lorenzana also claimed that there is an "ongoing clandestine recruitment inside UP campuses nationwide for membership in the Communist Party of the Philippines/New People's Army."

The agreement between UP and DND was inked on June 30, 1989 between constitutionalist and UP President Jose Abueva and then-Defense chief Fidel Ramos.

An earlier agreement in 1982, known as the Soto-Enrile Accord, was signed between student leader Sonia Soto and and then-Defense Minister Juan Ponce Enrile. The agreement prohibits members of the police or military from entering UP campuses “except in cases of hot pursuit and similar occasions of emergency.”

The agreement also stipulated that the university strengthen its "own security, police, and fire-fighting capabilities."

The UP campuses have been a refuge for student activism since the 1980s – a result of a long history of student disappearances, killings, and police and military violence within the vicinity of the campuses.

Meanwhile, Reyes said that the termination of the deal has implications on youth activism in the country.

"Everything that the accord prohibits, the DND now wants allowed. 'Yung dating bawal, puwede na. 'Yung dating safeguards, wala na (Those that were prohibited are now allowed. The past safeguards are now gone.) That is the implication of the accord's termination," he said in a Facebook post

What can you say?